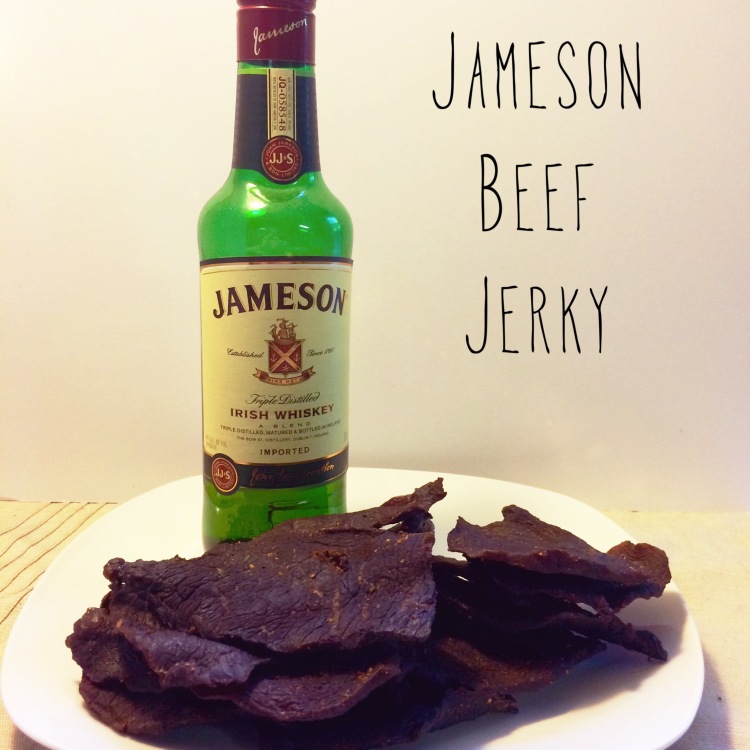 Until recently I had never had beef jerky, and then a few months ago I bought a food dehydrator on a whim, and my life was changed forever. Trying to figure out exactly what to do with my new Nesco dehydrator I read the recipe booklet that came with it, and beef jerky was the first recipe I saw. After researching jerky making on the infallible resource that is Pinterest, I realized that salty, spicy, deliciously chewy jerky was in my future and I needed to make a batch stat.

The first batch I made was terrible. It was overly salty without any other flavors, and I was so paranoid about getting it done enough that it literally had the consistency of chalk.

This recipe is one I came up with after a little bit of trial and error and it’s now my go to recipe, anytime I get a hankering for that salty goodness that only jerky can provide.

For those of you that are dried meat novices there are a few golden rules to jerky making. First rule is that you need to use lean meat. For those of you that were never good at science, let me tell you why that is. The purpose of jerky is to have portable meat that requires no refrigeration. To achieve this you must extract all water from the meat so that bacteria can’t grow. Bacteria must have water to survive. Fatty tissue on meat does contain some water and even though your dehydrator will extract what water it can from those fatty tissues it can’t get it all out. Therefore, unless you want to get listeria or some other icky illness, it needs to be made with lean cuts. Popular choices are London broil and sirloin tip. I use whichever of the two is on sale.

Second rule, is that you must use some salt. Remember what I said about your jerky having some moisture left behind? Well as long as you’ve properly salted your meat trace particles of H2O won’t matter. The salt will make the water particles inhospitable housing for any lingering bacteria.

Third rule, is your cuts of meat must be of equal thickness. If not, you’re going to have parts that are done when other parts need more time. The result is going to be that one side of your jerky is going to be disintegrated into salty sawdust by the time the other is ready. I’m not great at cutting things… Just in general so I always opt for meat that is pre-sliced if possible. Here is what I used for this batch: 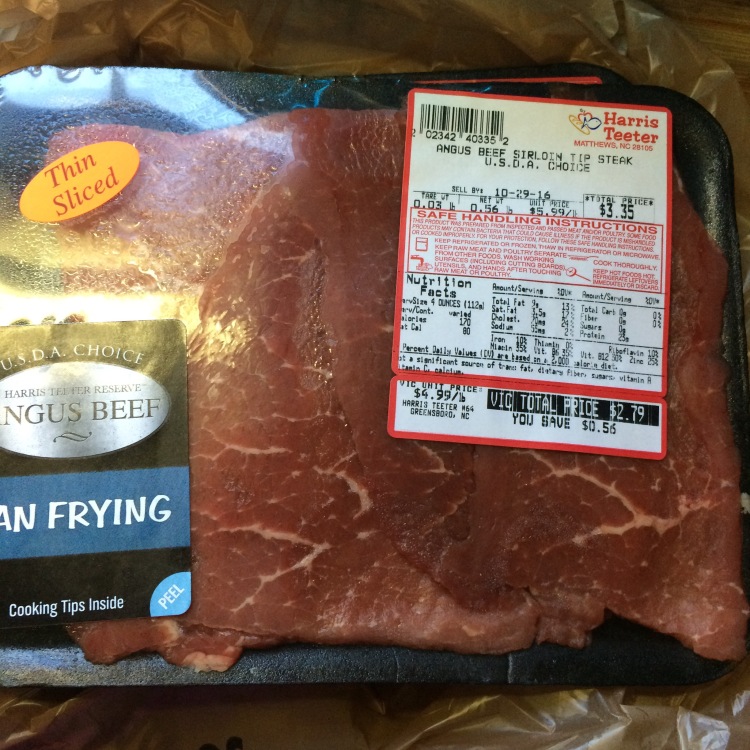 Now the jerky recipe I’m sharing with you today has one ingredient that really makes a difference: Jameson Irish Whiskey. If you don’t have a well stocked bar at home and you have to make a trip to the ABC store, this is what you’re looking for:

Jameson is your basic triple distilled Irish Whiskey blend and it’s gives your jerky extra flavor and tenderness. You can’t leave this ingredient out.

Over medium heat combine all the ingredients for the marinade and stir until brown sugar is dissolved. Bring it back down to room temp which should take about an hour and then combine the marinade and your beef in a Ziploc gallon size bag and refrigerate overnight.

Now, for the next part you don’t have to have a dehydrator but if you do it’s going to make it easier. I’ll give directions for both oven drying and using a dehydrator.

Check the beef after about 5 hours to gauge doneness. Usually mine takes about 7 hours, but I have had it take less time so I usually begin checking at 5 hours and then every half hour until it’s a good chewy consistency.

For those of you that don’t have a dehydrator here are the amended instructions for the oven. Once you’ve patted the beef with paper towels, place it on a cooling rack that’s over a baking sheet and place in a preheated 175 degree oven. It will dry much quicker in the oven so begin checking for doneness after about 4 hours.

Either method produces a jerky that should have a shelf life of about 4 months, but trust me it won’t last that long. Enjoy!

View all of Mary Katherine's posts.